By the regulation of the Ministry  Education  the Kingdom of Yugoslavia on March 21, 1940, the Faculty of Agriculture and Forestry, based in Sarajevo, was established. Thanks to the interest shown by the then society, in January 1941, 127 students began to attend classes. By occupying the country and proclaiming the Independent State of Croatia, the Faculty ceased its work in April 1941. By the end of World War II, there is a need to “re-establish” a higher education institution that would educate staff in the field of agriculture and forestry. Accordingly, the Government of the Yugoslavia on December 31, 1946, adopted the Decree on the Establishment of the Federal Higher Agricultural School for Mountain Management in Sarajevo. The newly founded institution was in the ranks of the faculty. Student enrollment was conducted in September 1947, and the teaching process started on November 5, 1947. By the law who is establishment of the Faculty of Agriculture and Forestry, adopted in December 1948 by the National Assembly of NR BiH, the faculty of the same name, which continues the work of the High School, is established with the agricultural and newly established forest branch. In the process of reorganization, at the end of 1958, two faculties, the Faculty of Agriculture and the Faculty of Forestry were founded, which began as such on January 1, 1959. The education of students in three directions: crop, fruit and vineyard and livestock, started from the school year 1958/59. By the break-up of armed conflicts on the territory of the former Yugoslavia, in April 1992, the work of the Faculty dropped. After the outbreak of civil war in the former Republic of Bosnia and Herzegovina in 1992, the Decision of the National Assembly of the Republic of Srpska on the allocation of higher education institutions from the University of Sarajevo (No. 02-1188/92) created the legal basis for the organization of higher education institutions in the Republic of Srpska. This Decision entered into force on 10 November 1992.

By the decision of the Ministry of Education, Science and Culture Government of Republic of Srpska) dated 28 November 1994 It was established that the Faculty of Agriculture of the University of Sarajevo in the Republic of Srpska meets the conditions for continuing the work in the school year 1994/95. Lukavica was designated for the headquarters of the Faculty, and for dean  professor  Miroslav Bogdanović. The great contribution in organizing the work of the Faculty, prof. dr Miroslav Bogdanović, prof. dr Miodrag Perović, prof. Dr. Časlav Čopić and prof. dr Vesna Milic.

The teaching process started at the end of 1994. Unfortunately, this generation did not take place, because in 1996, after the signing of the peace agreement, the Serbs evicted from the territory that belonged to the Federation of BiH. Only one student graduated from this generation of studies. In school year 1995/96. Students enrolled from th 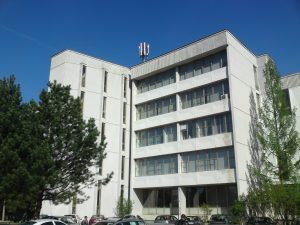 How to reach us?